Now is the time! 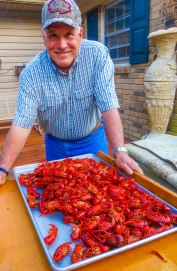 How to Cook Crawfish:

Five pounds per person if that is all you are going to eat!

Place live crawfish in clear water for two hours to allow for purging.

10 minutes before boiling, pour some  hot sauce in water with live crawfish.

Fill pot 2/3 with water leaving enough room to add crawfish. You don’t want to overflow the pot when crawfish is added. 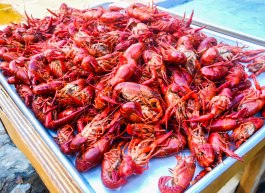 Add crawfish. Boil in water for 7 minutes until they are dark red.

How to Eat Crawfish:

It’s good to know the world is finally starting to figure out what we here in Louisiana have known for generations, and to celebrate this, here are 13 facts about these delicious crustaceans that you probably didn’t know – unless you’re a true crawfish enthusiast.

One thought on “It’s Time For A Crawfish Boil!”